Multimedia interface Lexus 2006-2009 with navigation
Use wireless Apple Carplay and wireless Android Auto on the original display of your LEXUS. The interface is easy to operate using voice control, touchcreen, steering wheel and radio buttons.
Integrate the latest mobile technology while retaining your original screen and all existing functions. This interface gives you access to Google and Waze navigation, Spotify, internet radio, Flitsmeister and other (music) apps such as CarPlay and Android Auto. On the Vline2 you can add all the apps you want. Actually your system becomes a Android computer. With the Vline2 you will never have outdated navigation again. All music is at your fingertips and you can keep your attention completely on the road!
Demonstration Vline2 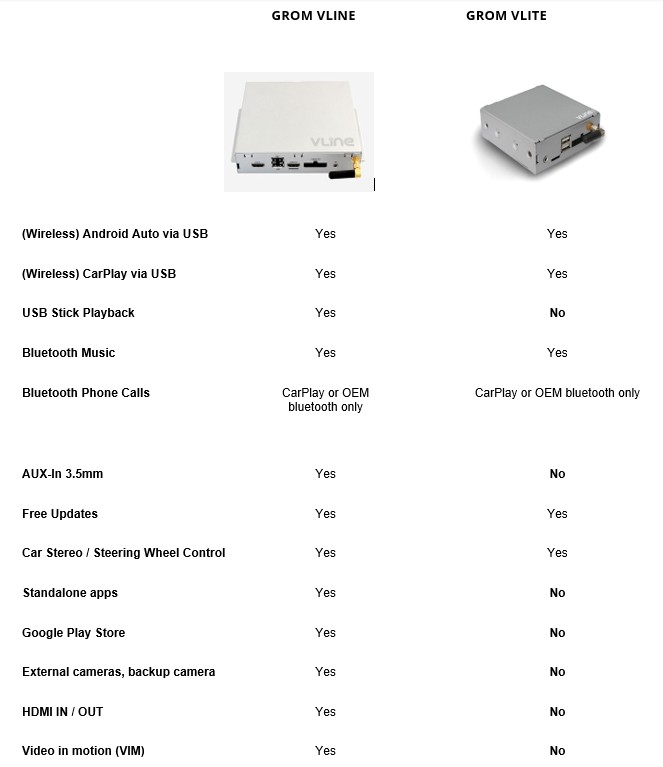 Toyota / Lexus
Compatibility Lexus year 2006-2009 with navigation
You can check the compatibiity of the LEX5 by the shape of the icons on the main screen. 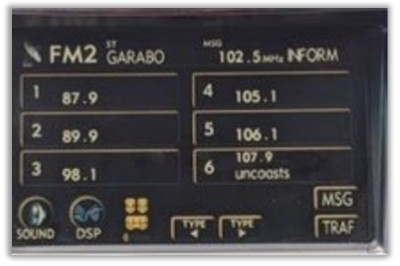 Car has this radio menu with round soft buttons (like SOUND and DSP)
To be 100% sure you can also check the connectors at the back of the screen/radio.

LEX 5 needs this white 6+6 pins CD changer connector at the back of the radio
You can also doublecheck compatibilty by sending us pictures of:
1. brand, type, year of the car
2. main screen with radio menu (the screen with FM and AM on it)
3. radio
4. remote control (if present)
5. size of the part of the screen that provides a visual image (i.e. excluding the black border) in inches (screen diagonal in cm divided by 2,54) 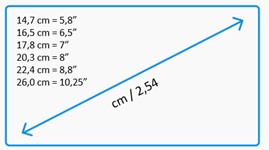 Please send this information to motrade@kpnmail.nl and we will check and send you the link to order.
Instructions
Vline2
Remarks!
To keep the price as low as possible for the customer we buy the Vline2 as parts from GROM USA. We do NOT ship in the original box.
We do NOT include the GPS-antenna. You can order it as an option. Carplay and Android Auto use the GPS-signal from your car and your phone. Only navigation apps that you put on the Vline2 yourself use the GPS-antenna.
We do NOT incude the USB-cable. You can order it as an option. You only need the USB-cable to play music from an USB-stick or to extend the USB-slot.